Once completely and totally ignorant to the disease, Alzheimer's disease is now a large part of my life. After my grandfather passed away from a sudden diagnosis of cancer, my grandmother expressed many otherwise hidden (by her and my grandfather) symptoms of Alzheimer's disease. While my grandfather was in the hospital, she was the most confused, running on little to no sleep and little to no food. Anyone in this situation would be confused and scared, but this is where it took to the extreme. She couldn't remember who her kids were and would constantly fight about nonsense things (which were typically directed at people who weren't even alive anymore, may I add). Since my grandfather passed away, most of the severe confusion has passed but it is evident that there is a case of dementia. She has done things like forgotten who her husband once was and their relationship to filling the coffee filter with cat litter rather than coffee grounds. How does this happen? What does this disease actually do to the brain?

The brain as a whole is affected by this disease. The main parts that are affected and noticed are the cerebrum, in charge of memory and problem solving, the cerebellum, in charge of balance, and the brain stem, in charge of breathing, heart rate, and blood pressure. The brain works by using about 25% of your blood carried by your arteries to your brain, which then uses about 20% of the oxygen you breathe.

Alzheimer's affects the neurons in your brain (the average adult has 100 billion of these neurons, connecting at 100 trillion points in your brain). The disease disrupts the electrical pulses sent by the neurons, meaning that certain thoughts can't be connected and are eventually lost forever. The brain virtually shrinks, making many gaps in the brain which causes loss in memory and later vital functions such as heartbeat.

Early Alzheimer's can start 20 years before the disease is detected. The mid stages are when it becomes obvious (for reference, that's about where my grandmother is now) and this stage can last from two to ten years. The last stage can last from one to five years. Patients typically die from their diet which lacks any form of nutrition, or if they make it to the end of the final stages, they will die from the disease targeting the brain stem and killing nerve cells linked to heart rate and breathing.

Posted by Anonymous at 7:22 AM No comments:

Information and the American Perception

The current media will allow for the shot heard 'round the world  stop being that at the end of the block. Any street further and is the sound of joyous fireworks, patriotic fireworks. From a distance a sense of national pride is evoked and made present for others to feed off of. I am not eased to see red, white, and blue in the sky or that reversed. I am not eased to know that concealed within celebration there is the mirthful murder of the red people who walk with no concern for borders of state. There were commi actors, evil actors, red actors, peaceful actors and somehow the titles of these actors be synonymous with each other. The idea of who the enemies are is misshapen and twisted. Due to our inability to see, our inability to think, we can not stop the enemy. The spies are everywhere and they are in American banks, American restaurants, American theaters, and especially in American news rooms. They are American. They are French too. They are the viewers. They are from every country. They are people.

I now realize that we are getting in our way. To my dearest friend to be from the other side of the world, you have my sincerest apology.
Posted by Anonymous at 5:55 AM No comments:

What Does This Winter Have in Store for New England? 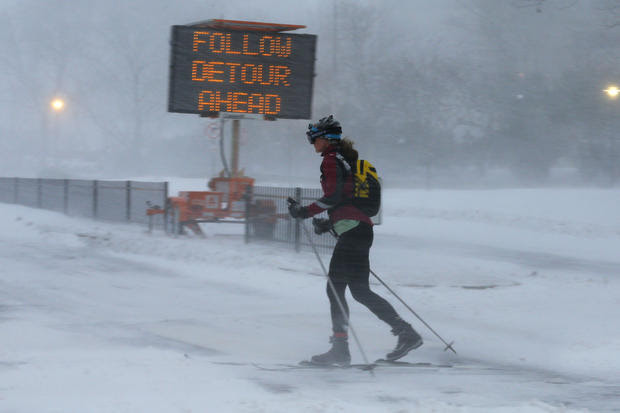 The prediction of how winter will be in New England during 2015-2016 has been released by the National Weather Service. The prediction is valid starting December 1 and ending on February 29 next year. Some good news about this year is that there will be less days that are extremely cold, as most of that cold air will remain in Canada. Additionally, it will be a lot warmer this year, sources predict.


Weather services cannot predict the amount of snow fall or when it will fall, but warmer temperatures and less days of brutally cold weather may help with the melting of snow.

Sources add that last year at this time they didn't know New England would receive the winter it did until it happened.
Posted by Anonymous at 2:05 PM No comments:

If you haven't read my first blog, here's a recap.
The California Coastal Commission voted to allow the San Diego SeaWorld to expand its tanks, but with a catch.  San Diego can no longer breed, trade or sell their eleven orcas on site.  This means that those will be the last to ever reside in San Diego SeaWorld.

While they try to fight this decision, SeaWorld is making a more positive choice.  By 2017, they plan to weed out all Shamu shows and replace them with something more, educational. Their new CEO, John Manby says the choice was "not conceived as a way to appease critics".  But it was rather a choice due to the audiences wishes.  People want something that's more authentic, more real.
This comes in wave with the release of the documentary, Blackfish, which caused attendance to lunge in many locations.  San Diego was it with a 17% decrease!
Manby has yet to release specific details on what the new "experience" will entail, but has said that it will focus on a more educational approach
Although people want something more authentic, watching these large creatures in their small tanks is not real.  It is still a fabricated reality.  I'm not saying this choice is a step in the wrong direction, I just wish that SeaWorld and its counterparts could empathize with the orcas.  See the horrors that they go through.
What's you stance?
Do you believe that the shows should stay or that they should go?

Posted by Anonymous at 6:52 PM No comments:

https://www.youtube.com/watch?v=4b3563BJREo
What is said by this movie is that plot need not be exciting to be interesting. The story of a pianist remaining on a ship for his entire life does not seem energetic. However people become accustom to the "Hollywood Jazz" of explosions and fast paced easy to follow plots. To ensure that movies remain as close to the idea of a "moving, visual book" as possible director Guiseppe Tornatore limits the degree of energy the movie conveys to the audiences. There is just as much if not more thought put into this movie as any other. However, Tornatore creates a film with more of a "contained" energy, or class, than other films.
The two most important symbols of this film are sea and land, abstract thought and acute concrete thought.
Posted by Anonymous at 9:15 AM No comments:

https://www.youtube.com/watch?v=ft_Wtsyewi0
This song is literary pessimism at its finest. I can imagine Holden Caulfield keeping his head down to avoid a barrage of adds for "Denham's Dentifrice" being thrown at him. Is this song true? On some level but all works of pessimism should be taken with a grain of salt for hot headed rebelliousness is not a virtue. Pessimism is to invoke the idea that things may be wrong. The purpose of this song is to say "We cannot submit. We should not be submissive."
Is there a thing as being too pessimistic? Of course, there are times when a pessimistic view shapes the opinion of people who go on to use said view as a basis for making decisions. A well known example of this is the red scare in which most Americans assumed that citizens of Chinese or Japanese decent or anyone who contradicted the views of McCarthyism is an enemy. This view led many American citizens to be put into detainment camps and actors to be blacklisted. The idea is that all information is not objective and our goal as citizens is to adopt the perfect blend of faith and skepticism, idealism and cynicism, trust and mistrust.
Posted by Anonymous at 9:14 AM No comments:

What exactly is feminism?

Are they those crazy ladies who want to "put men in their place"or are they the girls who want everyone to be equals?

The advocacy of women's rights on the grounds of political, social, and economic equality to men.
That is the definition of Feminism in the oxford dictionary.
People are under the assumption that feminism means that women are better than men.  That feminists say they want equal rights but also put men down while doing it.
This meme is a representation of that.
Of course, this is not what a true feminist is.  A feminist is a person, boy or girl, who wants equal rights for everyone, not just men and women.  Feminism is what stands up to the double standards that our society holds.
For example, when people are in a heterosexual relationship, if the girl is skinny and the boy is overweight, he is seen as weak and not worth her time.  On the opposite end of this spectrum where the girl is overweight and the boy is muscular, she is praised for being with him.
Another example, a girl gets raped, she is told "It's your fault for putting yourself out there" and asked "What were you wearing?  You shouldn't dress that way, it makes men think you want it".  Where as is a man gets raped, he gets asked "Why didn't you just fight back?".  Or he gets told "Just be happy you got laid". 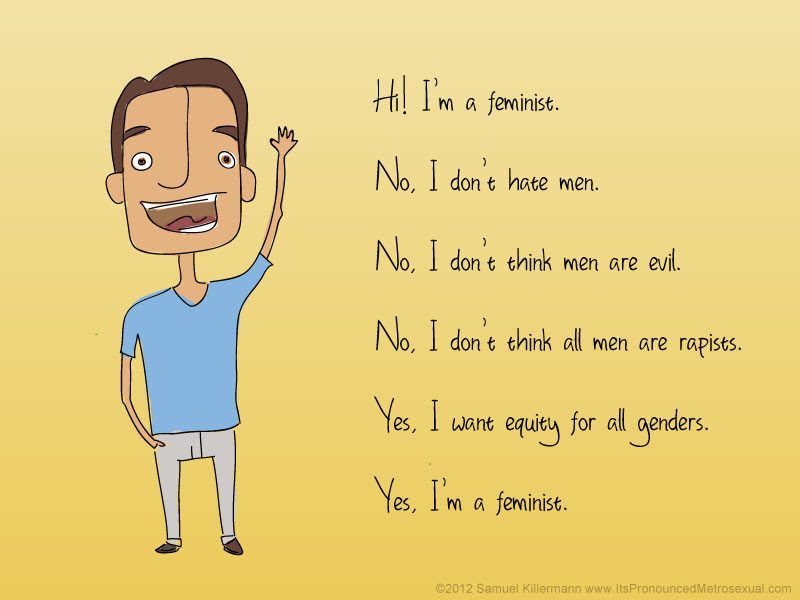 This is what feminism sets out to resolve.  Feminists want to fix societies double standards and their sexist stereotypes.
And is you think feminists all look the same (Ugly, lonely women), then think again.  Feminists come in all shapes, sizes and genders.

What do you believe feminism to be?
and
Are you a feminist?


Posted by Anonymous at 3:26 PM No comments:

Many different sources suggest that NASA has evidence of something coming out of a black hole? It is common belief that the mysterious black holes in space suck things in to them, never to be seen again, so how did something come out of one? The black hole, named Markarian 335 has scientists astonished. Sources say that "Two of NASA’s space telescopes, including the Nuclear Spectroscopic Telescope Array (NuSTAR), miraculously observed a black hole’s corona “launched” away from the supermassive black hole. Then a massive pulse of X-ray energy spewed out." There is no need to panic sources add due to the fact that this black hole is 324 million miles away, which is extremely insignificant in regards to our safety. This happening should provide more evidence for astronomers about black holes including their size and functionality.


Posted by Anonymous at 1:49 PM No comments: