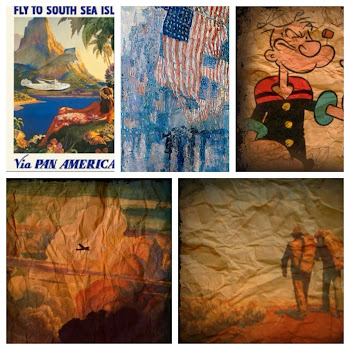 After all is said and done, what was actually accomplished? Students worked with a new and engaging tool. Some worked well and some struggled. Some embraced the technology and some were stand-offish and some were open minded though a bit skeptical. Did it improve test scores? To truly know the answer to that you would need know how well these students would have done in a traditional classroom setting, but anecdotally students "looked" more engaged, pursued some things in ways they might not have otherwise and perhaps a bit more deeply. The tests results when they come will provide some evidence, but cannot really tell how the same students would have done had the iPads not been a part of the equation. Is the goal of education after all to improve performance on standardized tests or is it to produce a more thoughtful, more aware, more engaged human being who enjoys a richer, deeper, more rewarding life, or at least has the tools to live such life. I think one real value of the experiment was the opportunity it gave students to be explorers, to go to places, academically, few of their classmates in other classrooms had the opportunity to go. They got to travel the land before the roads and the street maps have been put in place, it was a kind of Lewis and Clark experience. I think this terrain was worth exploring but others will make the final determination on that score. 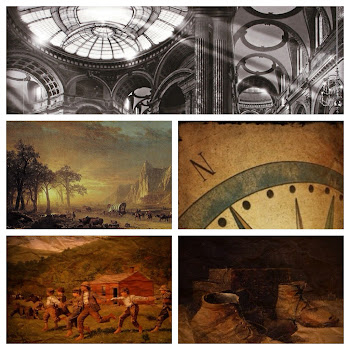 The most important question to ask is what is the purpose of this experiment; what is it we wish to accomplish? There are those that think anything new and different is worth trying simply because it is new and different because change is always a good thing. I think change is a constant and it will happen whether we like it or not, but I think we have choices, we can engage change thoughtfully and pursue those changes that look promising and reject others that appear to be a bit dubious ( though it is important to remember appearances can be deceiving). I think the most important thing we do is reinvent the wheel, because when the simplest most commonplace things change the tools used to accomplish the simplest most commonplace things must change as well. This year we learned that assignments did not have to be completed and submitted in the usual way. We learned that images, audio clips, film clips, and other media can be used to construct and support an arguement. We learned that we can respond to some questions posed in the classroom in our own personal voice, that not everything has to be in a third person, formal voice (we didn't need iPads to do this last but they helped by making blogging platforms and such more accessible in the classroom). We learned that we did not need to use so much paper, that classroom handouts could be handed out digitally and that the completed assignments could be turned in digitally as well. We learned we did not have to depend on the availability of the computer lab to complete traditionally computer lab type assignments and that assignments that were not done traditionally in the computer lab could be completed more effectively using computer lab type technology in the classroom. The world of the classroom was made a little larger and the boundaries of what could be accomplished in the classroom were expanded.

The video asks an important question. What are out intentions? Everything we do in the classroom has a design component, when we set up and run a classroom we are designing a learning environment for our students. What do we intend to do with this environment? What we make the focus of education says a lot about what we believe to be the purpose of education, it says everything really. Yet how deeply do we consider the shape and content we give to that environment; how deeply do we think about the consequences of what we do? How do we intend to shape the students that come through our classroom doors and what will they look like when they leave? I read an article recently, "Solitude and Leadership" about the nature of leadership. I do not really believe in leadership as it seems to be practiced today, it seems to be more about being the first follower, the person who can get to the head of the line to leads others some place that others still have decided we all should go. But leadership as discussed in this article is important and whether we like it or not we are leaders in our students' lives. They may not know it, but they depend on us to protect them from the nonsense, from the fads, the programs, "the next big thing" whose promises are larger, often much larger, than their results. How does one become this kind of leader in a bureaucracy that punishes harshly those that do not conform to its dictates? Too often decisions about school policy are made with how a policy will improve the image of those setting the policy which is fine when making the leader look good is also in the best interest of our students. But what happens when these policy do not serve the best interests of our students, or actually does harm to their academic futures? Who speaks for the student?

Posted with Blogsy
Posted by linda at 8:36 PM No comments: