Steps in the Right Direction (Or at Least a Direction) 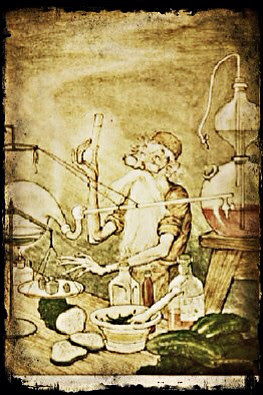 Last week I installed box.com, Dropbox, and CloudOn onto each of the iPads. Students were asked to open up the essay for the week, a review from the 1850's of a book on slavery in America. They were to look it over and then explain a rhetorical strategy employed by the author. To open the document they had to go to my box.com public folder and open the document. The document opened in Safari and was sent from Safari to CloudOn. Students could read the essay in a Word document. They could copy the passage they wanted to write about, and then open a word document from the CloudOn site and paste the passage they copied into a new Word document. From there they could write their analyses. I then asked the students to go home, open up their Dropbox accounts, print the document from their desktop computer at home, and bring the printed document to the next class, which was today. Over half the students submitted their printed copy of the work they did last week in class. I could have had them write their responses in the discussion area of my web site or turn them in through Paperplane Notes, but I wanted them to see how they could get documents from the iPad to their home computers. I wanted them to see how work done on an iPad could be printed up at some point and how they could get their work onto their computer desktop (or other platforms) because I thought these would be useful things to know how to do.

Today I again did not pass out the handouts until the end of class and asked students to access them from their iPads by going to my box.com public folder. Many students would rather work with paper and pencil and do not enjoy the technology as much as others. They do not like having to get the documents onto the iPad and would rather have the papers handed out. But I am hoping over time as they become more comfortable with the technology some of this resistance will start to dissipate. I know from people I have worked with in the past that the resistance was often replaced by advocacy as they became comfortable with the technology and they saw what the technology could do for them and even save them time and make a task easier. Hopefully there will be a similar outcome to this. We continue to sail our little boat through these uncharted waters. The maps say "There be dragons" but so far they have all been friendly.


The students are learning not just how to get work done on th iPad platform, but to work across platforms. They are finding ways to work across the apps on their iPads and to use their Dropbox accounts to work and collaborate on projects on their computers at home, on the computers in the computer labs, as well as their iPads, iPhones, and iPods. As the man on the video says, "There are no mistakes on the bandstand."

Posted with Blogsy
Posted by linda at 10:19 AM No comments:

Looking to the Future 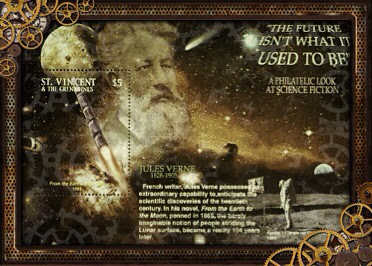 I have been trying to find ways to illiminate paper. I tried an experiment today where instead of passing out the weekly agendas and other handouts I made these documents available through box.com. I like that Dropbox offers a local copy of all my folders kept on my desktop that syncs with online folders, so it is much easier to update the folders, but Dropbox does not, or at least I have not been able to figure out how it is done if it does, create a URL that connects to the public folder. With box.com I make the folder public and I am then provided with link I can put on my web page to take students immediately to the public folder. There is no sign in, no need for an email address or a password. Students are taken to the folders and they can open the files on their iPads. The documents open in Safari, but they have the option of opening them in one of a number of word processors or notebooks. As yet we do not have a word processor on the iPads so students are looking at the documents in Safari. However this only enables students to read the documents they cannot write on them or annotate them or in any way interact with the documents. Still, it is a positive step. 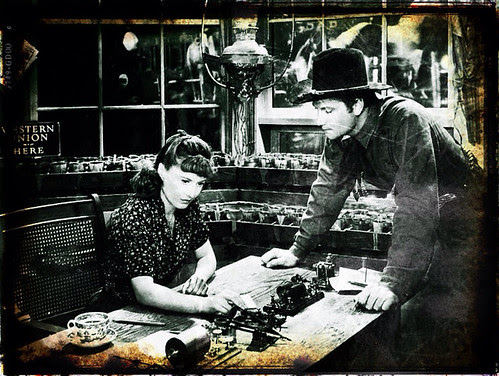 Of course there is still the problem of staying in "touch" with the documents. As long as the iPads stay at school, the weekly agendas and such would as well and students would not be able to access the documents at home, unless they redownload them on their computers at home. They could also "wire" them home using email. But these options, though workable seem inefficient; they seem an unecessary duplication of labor. On the other hand, keeping the iPads charged up and in sync with one another demands they spend some time in their cart at school. All this said, it felt good that all the handouts were handed out "paperless" today and all the work was submitted either through the blog on my web page or Paperplane Notes, also without a single sheet of paper changing hands. Though there are still some problems with the efficient use of time, the iPads are making materials more readily accessible. Also, we are working with rhetorical analysis. With the iPads when students analyze a speech like Kennedy's inaugural or King's "I Have a Dream" speech they can watch the speeches being given and consider such things as vocal inflections and gestures in their analysis of the speech.

For me the technology is about learning and how the technology can help us learn more effectively and more deeply and more broadly. I think the video present an exciting case for a kind of learning. A new look at how one person with an iPad might change the world while finding enrichment and enlightenment at the same time.

Posted with Blogsy
Posted by linda at 10:18 AM No comments:

Running to Catch Up 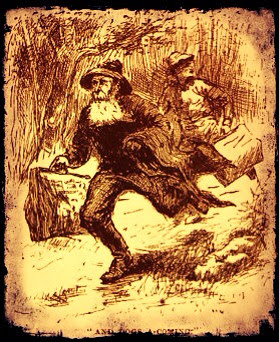 We have been working on a project for a few weeks now. As often happens the students have fallen behind. As the project is one that is normally completed in the computer lab, it can be difficult to catch because the computer lab is not always avaliable. Because the assignment is one students complete on WikiSpaces it cannot, usually, be done anywhere but in the lab. With iPads, however, students can work on the wiki using their iPads in the classroom. The plan for today had not originally been to get the wiki caught up, so we could not use the lab, but we were able to use the iPads, and the time was used quite productively. This also meant that groups that were caught up could pursue other things without being limited to only those things that could be completed in either the classroom or the lab; they could pursue classroom type stuff or computer lab type stuff or both whatever worked best for them. In other words, students had more options. The only thing we could not do is print documents that needed to be printed, but this sort of thing could always be done later without great inconvenience to anyone. There might be a bit of an irony here in that Mark Twain, the author we are studying, exhausted his fortune on a printing press that never worked. Printing has always been a problem. 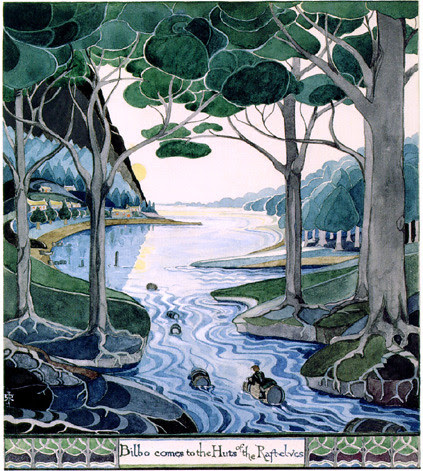 Much of life revolves around travel of one kind or another, of either a literal or metaphorical nature. When we fall behind in our work we feel a bit like the Duke and the King in Huckleberry Finn running to catch the raft or, like Bilbo in The Hobbit we feel like we are trying to make due with inadequate materials, relying on barrels when we would prefer a boat. One reason some teachers resist moving away from the traditional paper and pencil world of the traditional classroom is because the materials necessary for making the technological leap seem inadequate. This is not just because servers go down from time to time making travel impossible, though that is a concern for some. The school is large and the computer lab is small and getting access to the technology can be problematic. The more ubiquitous the technology becomes the more some of these concerns begin to fade into the background and the more eager we become to make these journeys of the mind; to slip the constraints of our little rooms and venture into the broader and deeper rooms of the imagination and explore a new and different geography on the one hand, while exploring the stories and puzzles that have beguiled the human race for millennia on the other. There is a timelessness to the wisdom, values, and disciplines that guide our study. But the technology can give us a new and effective tool for pursuing these enduring concerns.


And for another way to learn and preserve using the new to explore the old: